Autonomous ships or also known as Maritime Autonomous Surface Ships (MASS) and their varying degrees of autonomy, have preliminarily been defined by the global regulatory body for international shipping, The International Maritime Organization (IMO).

The COVID-19 pandemic is accelerating technological advances across just about every industry; as lockdowns ease and the world adapts to a new paradigm, shipping management and maritime automation could gain significant traction. Although currently only automobiles, trucks, and drones are a part of the autonomous transport picture. Ships and other maritime vessels, according to the International Chamber of Shipping (ICS), constitute around 90% of all international trade, making them the “lifeblood” of the global economy.

How do autonomous ships work?

An autonomous ship gets its inputs from a set of electronic senses that then inform an electronic brain. The brain computes this data based on some algorithms allowing the vessel to navigate safely and avoid collisions. A ship’s ability to establish and communicate positional and surrounding information and make decisions based on that information is vital to developing autonomous operations. There are three main aspects to it.

Current sensor technology is quite competent and found in many forms of autonomous vehicle operation, most notably cars. Various sensor technologies render a vessel or its remote operators an accurate perspective of its spatial environment at all times and in all conditions. Inputs from several types of sensors like radars, high definition visual cameras, thermal imaging, and LIDAR can either be used independently, but Rolls Royce’s AAWA project concludes that fusing multiple sensor inputs provides the best results. According to them, fusing sensor information is already possible with the current technology; it is just a matter of finding the optimum way to combine the different sensor technologies in a range of operating and climatic conditions that will be the subject of a series of tests at sea.

Navigation and collision avoidance are particularly important for any ship, especially those with any amount of autonomy, allowing them to decide what action to take in the light of sensory information received. The decision algorithms behind this require an interpretation of maritime rules and regulations. Control algorithms are like an electronic brain for autonomous or semi-autonomous vessels.  Its development is a gradual and iterative process that is subject to an extensive amount of testing and simulation.

With current autonomous shipping technologies, connectivity between the ship and the crew is crucial. An adequate communication link between the ship’s sensors, control algorithms, and remote control location(when necessary) is very crucial to the seamless functioning of an autonomous ship. These communications need to be accurate, scalable, bi-directional, and supported by multiple systems.

The current global pandemic is expediting the automation efforts in the shipping industry, and it shall take inspiration from the innovation evolution of autonomous technologies in the automobile and aviation industry. Initially, the automation shall focus on narrow use case scenarios and gradually be more capable of handling further autonomy. Current automation technologies do not take full control of the ship, but semi-automated systems help reduce the stress on the bridge. Semi-automated systems consistently monitor the vessel’s overall navigational situation, issue alerts, and calculate possible collision scenarios.

Orca AI, a Tel-Aviv based company, has developed an intelligent navigation system which can detect objects and other ships, measure the distance from them, and alerts the crew with risk assessment of a possible collision using AI. The data required for this detection and assessment is extracted from multiple sensors, such as thermal and low-light cameras installed on the vessel. 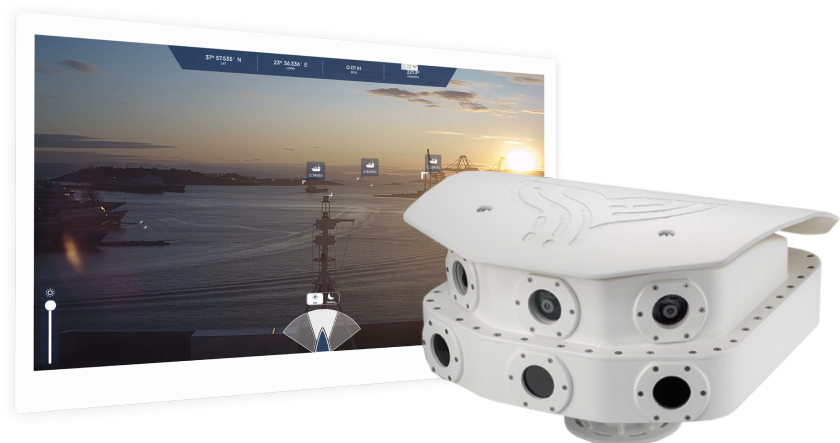 According to the Maritime Journal, human error accounts for 75% of marine liability losses. And a vast majority of accidents happen in ports, narrows, or straits where multiple vessels are in close proximity to each other. The problem is only pronounced by narrow waterways and low-light conditions in these areas. Although Sonar and other systems have long been used for marine navigation, they require constant monitoring and lack the efficiency and accuracy needed to mitigate these problems.

Since 2017, Norweigian company Yara International and Kongsberg have been working to put an electric, autonomous container ship into service. The Yara Birkeland Autonomous Ship Project would span across three ports and 12 nautical miles in southern Norway. 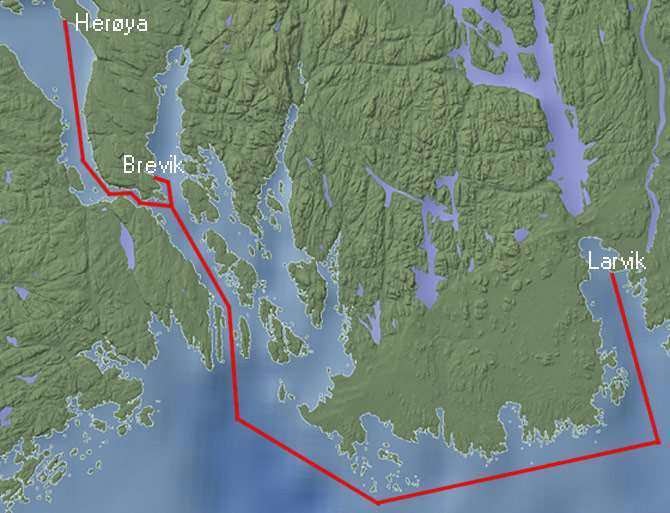 The ship houses sensors like radar, lidar, and infrared cameras to collect positional data, which is then fed to the automation algorithms, thus helping automatic maneuvering and positioning of the ship. The ship also sports an automated mooring system, which allows for berthing and unberthing without any human intervention. The Yara Birkeland initially will have a crew but will progressively transition to full autonomy. Along the ship’s route, operation centers will be equipped to handle emergencies remotely and support the onboard AI’s decision-making.

Every day, about 100 diesel trucks are used by YARA to transport fertilizer in this route. Through this project, they are effectively removing approximately 40,000 trucks a year from the roads. This will contribute greatly to eliminate CO2 and NOx emissions, reduce congestion, cut noise pollution, and improve road safety.

Promare, a US-based marine research and exploration organization, is scheduled in 2021 to commission a crewless ship piloted by an IBM powered AI captain across the Atlantic Ocean. The Mayflower Autonomous Ship (MAS), chiefly propelled by solar power, will make the same journey as the original Mayflower did 400 years ago. The ship would enter the deep ocean waters on this transatlantic journey, where satellite or cloud connectivity would be unavailable. So, all data processing required for the functioning and navigational assistance must be available on the ship itself.

Mayflower’s AI Captain can detect and identify ships, buoys, and other potential hazards. Using an onboard automatic identification system (AIS), Mayflower can also access information regarding the class, weight, speed, and cargo type of the ships in front of it. It can also accept and interpret radio broadcast warnings from a cargo ship. 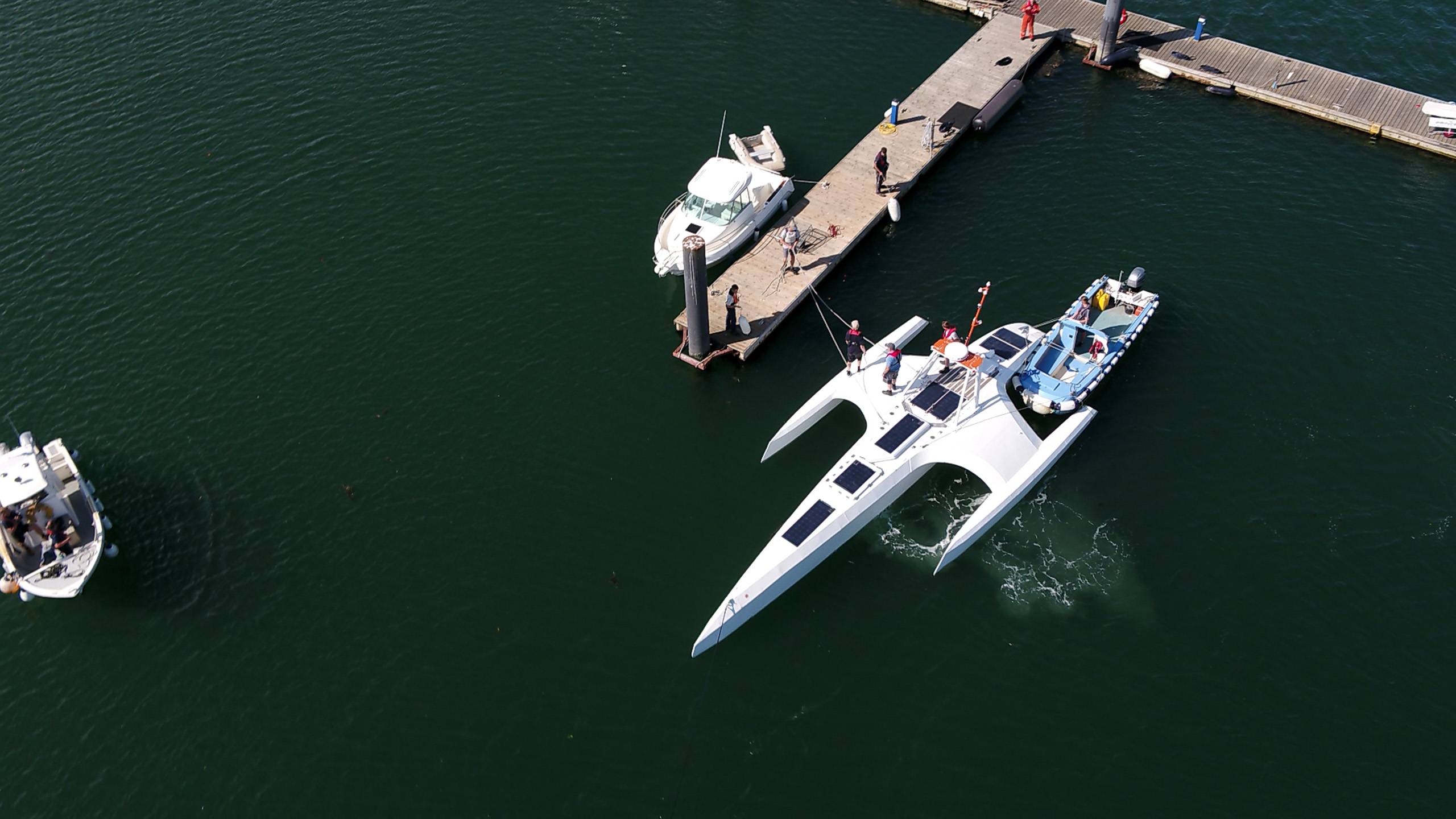 MAS will carry research pods on its two-week-long voyage to gather data about ocean health while simultaneously showcasing how an autonomous vessel can manage on its own at sea. This also sets the stage for further use cases, from defense and commercial shipping to marine insurance. 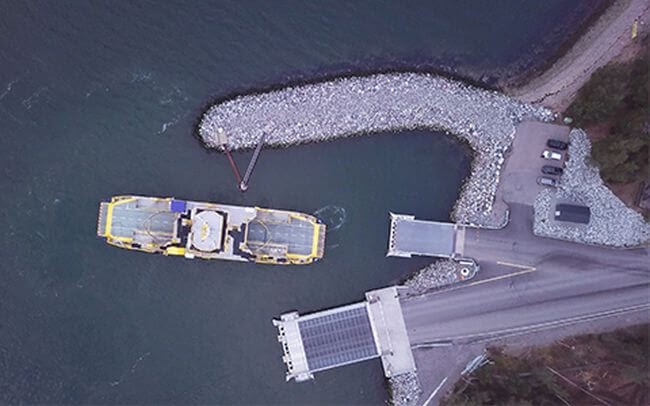 In 2018, a collaborative effort of Rolls-Royce and Finnish ferry operator Finferries, have successfully demonstrated the world’s first fully autonomous ferry. The demonstration was conducted on the Parainen-Nauvo-route in the archipelago south of the city of Turku, Finland. Falco is a 53.8-meter double-ended car ferry that entered service with Finferries in 1993. On its maiden autonomous voyage, the car ferry Falco invited 80 VIP guests aboard and conducted the journey under fully autonomous control using Rolls-Royce Ship Intelligence technologies.

The vessel detected objects utilizing a fusion of advanced sensors to build a detailed real-time picture of its spatial environment, with a level of accuracy beyond that of the human eye. This situational awareness picture is then relayed to Finferries’ remote operating center, 50 kilometers away in Turku city center. Here, on land, a captain monitors the autonomous operations and can, in emergency cases, take control of the vessel. Apart from that, the vessel also utilizes AI to conduct collision avoidance and automated berthing.

Relying simply on expected environmental benefits might not yield shipbuilding companies with large scale customer acceptance, but they shall have to provide value for their customers while driving sustainable technology adaptation. It is expected that Autonomous Shipping initially will largely be electric powered and mainly be used for Short Sea Shipping. Shipbuilding companies would have to provide for fast charging of the battery, back-up battery technologies, and a guarantee that the required infrastructure systems (e.g. battery charging stations) will eventually be in place for long-range voyages.

Any reduction in the number of crew members aboard a vessel sailing for a voyage drastically reduces the expenses. Generally, crew related expenses, such as personnel salaries, onboard provision costs, and insurance accounts for 30% of the total budget; the reduced weight and improved ship design also improves fuel efficiency. To further cement this hypothesis, certain study projects savings of more than $7 million over a period of 25 years per autonomous vessel.

Statistical evidence suggests fatigue or bad judgment on the crew’s part to be a major contributor to maritime accidents. There are also significant safety concerns regarding larger ships operating in congested waters. These factors play a key role in the quick adoption of semi-automated technologies that will be used to reduce crews and to help the crew onboard make effective decisions.

Samveg is an engineer turned writer who strongly agrees with Professor Dumbeldore that words are the most inexhaustible source of magic. He is currently working with Orderhive. When he’s not working you can find him exploring the city using his forever hungry stomach as a compass, fixing his 1982 Yezdi, or running away from the routine on a solo trip.