A Complete Guide On Using Robotics in Warehouse Management 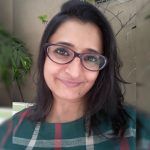 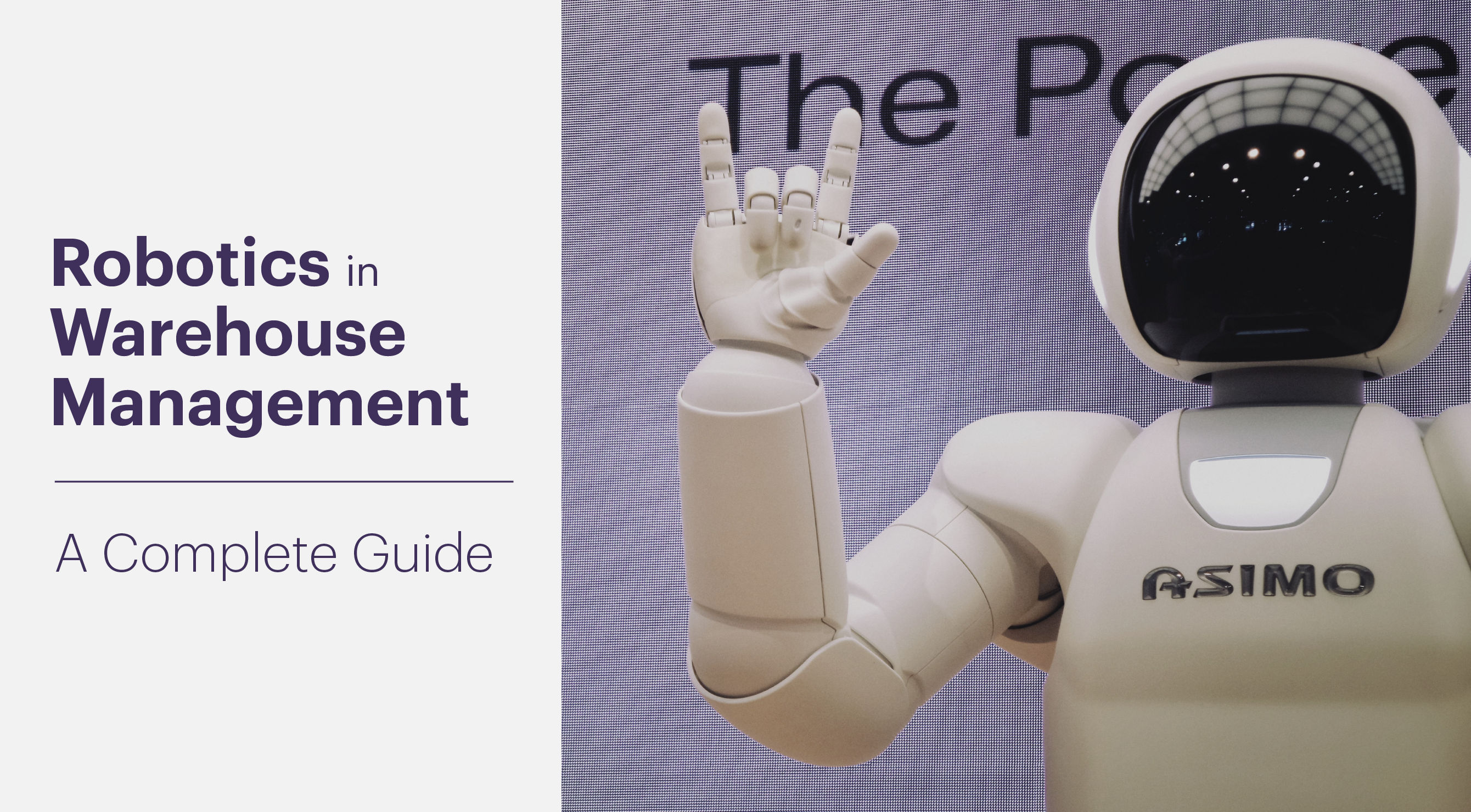 The word ‘automation’ was first coined and used by Ford then Vice President, Delmas Harder in 1948 when he commented that “What we need is more automation”.

He realized that there was a need to improve material handling in-between the various production stages to compete in the market with companies like Chevrolet.

Why this is significant is because it was the first time anyone thought of automating a process in a manufacturing unit. This led to the creation of robots that are now used in the manufacturing plants. warehouses, to ease and quicken the processes.

Let’s dive into the history of how the robots came into existence.

History of Robotics in Warehouse:

However, it was not until 1954 that George Dovel filed for a robotics patent when he created the first industrial robotic arm, Unimate.

This robot was capable of moving the materials around 12 feet away within the manufacturing unit. This also made George Dovel get the title ‘Grandfather of Robots’ 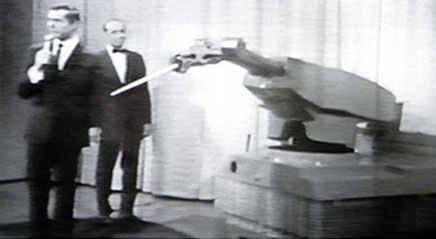 Nevertheless, the patent was granted only in 1961 since there were concerns about laborers losing their jobs.  General Motors was the first one to make use of the first of these robot arms in manufacturing at their New Jersey plant in 1962.

Then came Stanford Arm in 1969 created by Victor Scheinman. It was technically a first of its kind electrically-powered, an automated robot arm that could move around accurately in six axes. The arm was powerful enough to assemble the Ford Model T water pump by itself with optical and contact sensors. 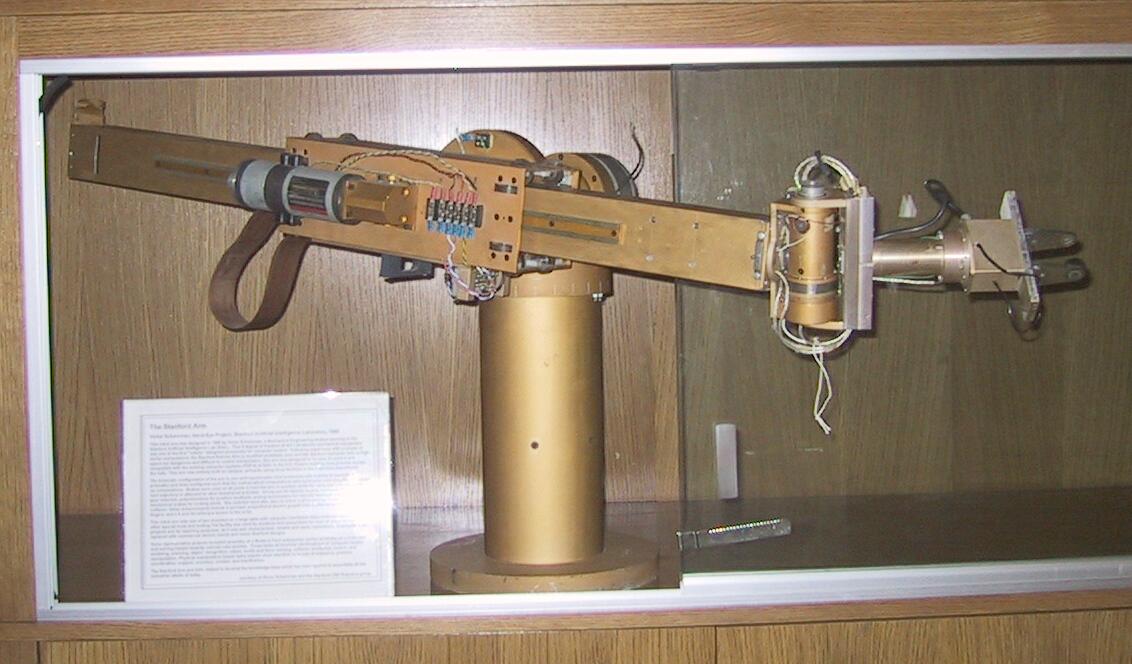 This marked the beginning of a new era of using robots in the manufacturing process for achieving higher efficiency and improving lead time in the production of items.

By 1990, the use of robots started in a household as well with the advent of Roomba robots developed by iRobot. Roomba was a first-generation vacuum cleaning robot that became a huge success. 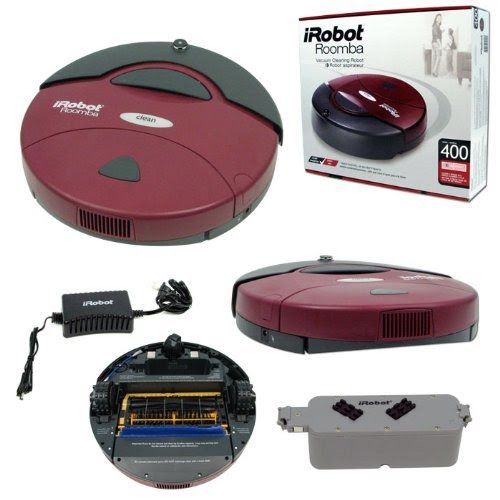 Since then, there was no looking back and the usage of robotics has come a long way in the short span of time.

In 2003, Kiva systems started creating AMR (Automated mobile robots) which were used in moving the goods around in the warehouse and distribution centers using a conveyor system or by forklifts. 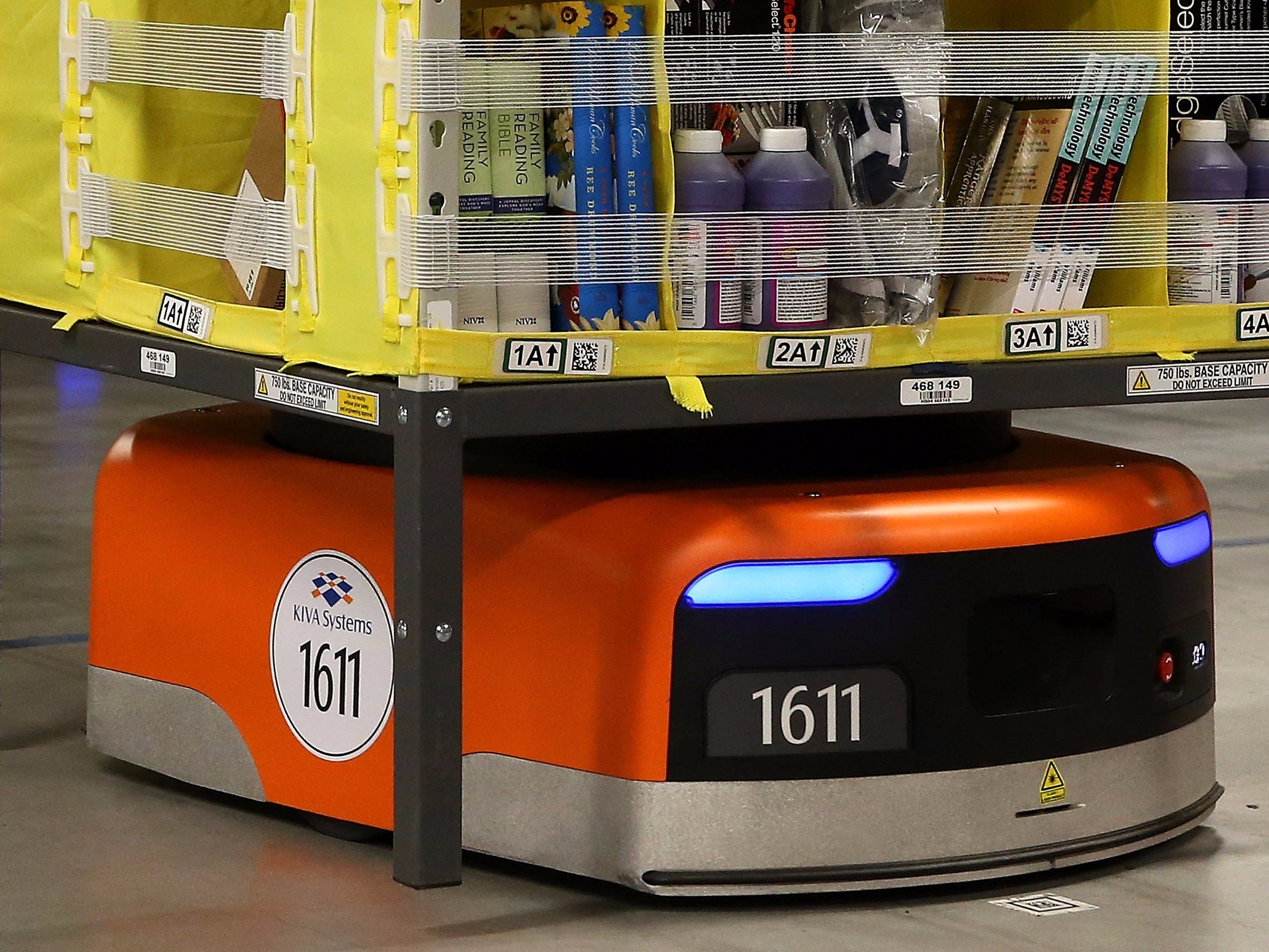 Kiva robots were so effective that Amazon bought the company itself in 2012 and now uses them across all their distribution centers.

“Amazon is at the forefront of warehouse robotics development with 100,000 robots operating in their fulfillment centers across the globe.”

As mentioned earlier there was no looking back once the Roomba robot and Kiva robots were introduced and hugely successful in the market. Various types of robots came into existence that served various purposes.

The Kiva robots that we are so much familiar with is actually an Automated Guided Vehicle robot. This robot helps in transporting the products or materials from one place to another by using magnetic stripes, sensors, or track embedded in your warehouse. They are the best alternative to the manually driven forklifts and picking carts.

The AGVs have developed a lot over the years and now they can function even if there are no magnetic stripes or sensors. These are known as Autonomous Mobile Robots (AMR) loaded with warehouse maps and the location of all the inventory in it. They also have safety scanners embedded in it such as 3D cameras, lidar, infrared, front and rear sensors, etc. which allow them to navigate without any mishaps or they might follow the map and the established routes within the warehouse. These are also known as self-driving forklifts. 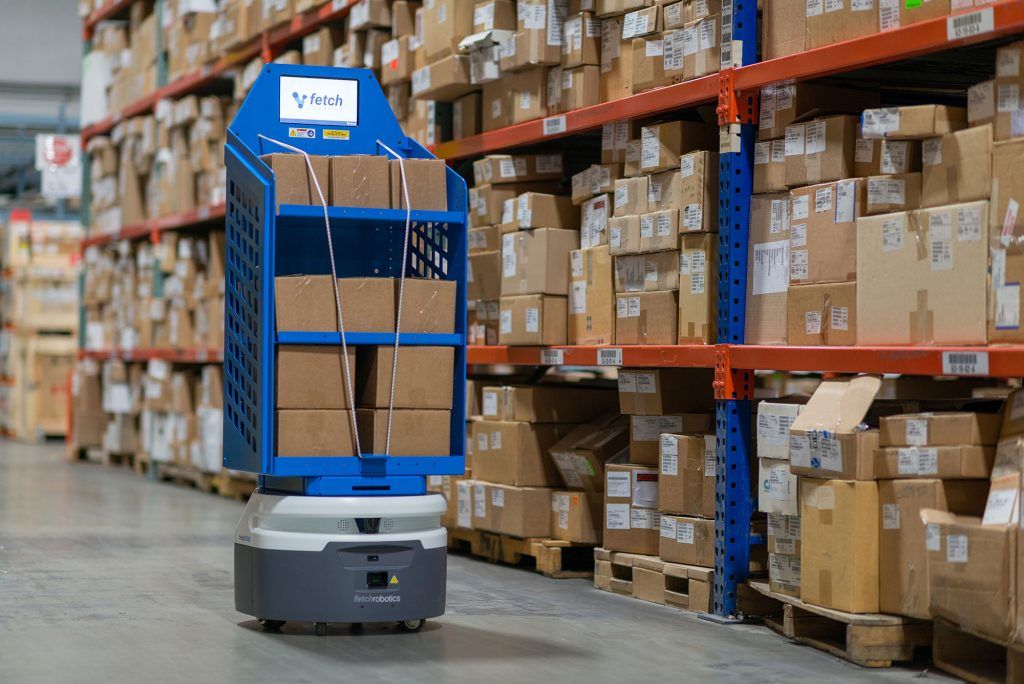 This improves the work efficiency amongst the warehouse workers and also reduces the efforts of carrying the products for the workers.

Cobots have sensors so that they can identify any obstacle or boxes in their way and enable them to navigate carefully through the warehouse. Cobots are picker staff best friends as they can speed up their order fulfillment capabilities.

Automated storage and retrieval systems (AS/RS) is one of the automated technologies used in the warehouse for a speedy storing and retrieving of goods. This system consists of multiple technological machines such as shuttles, cranes, carousels, vertical lift modules, unit loads, mini loads, etc.

Since all the AS/RS are computer-controlled systems, they are integrated with the warehouse management system so that it can process the order fulfillment as soon as the orders are received in the system.  These systems are used for moving a high volume of loads from in and out of storage.

This system saves time and effort of picking staff since in this Good to person order picking, the worker does not have to go physically moving from one place to the other to pick the items. A mini-load crane, shuttle or AMR retrieve the products as per order and deliver it directly to the worker for packing and shipping. 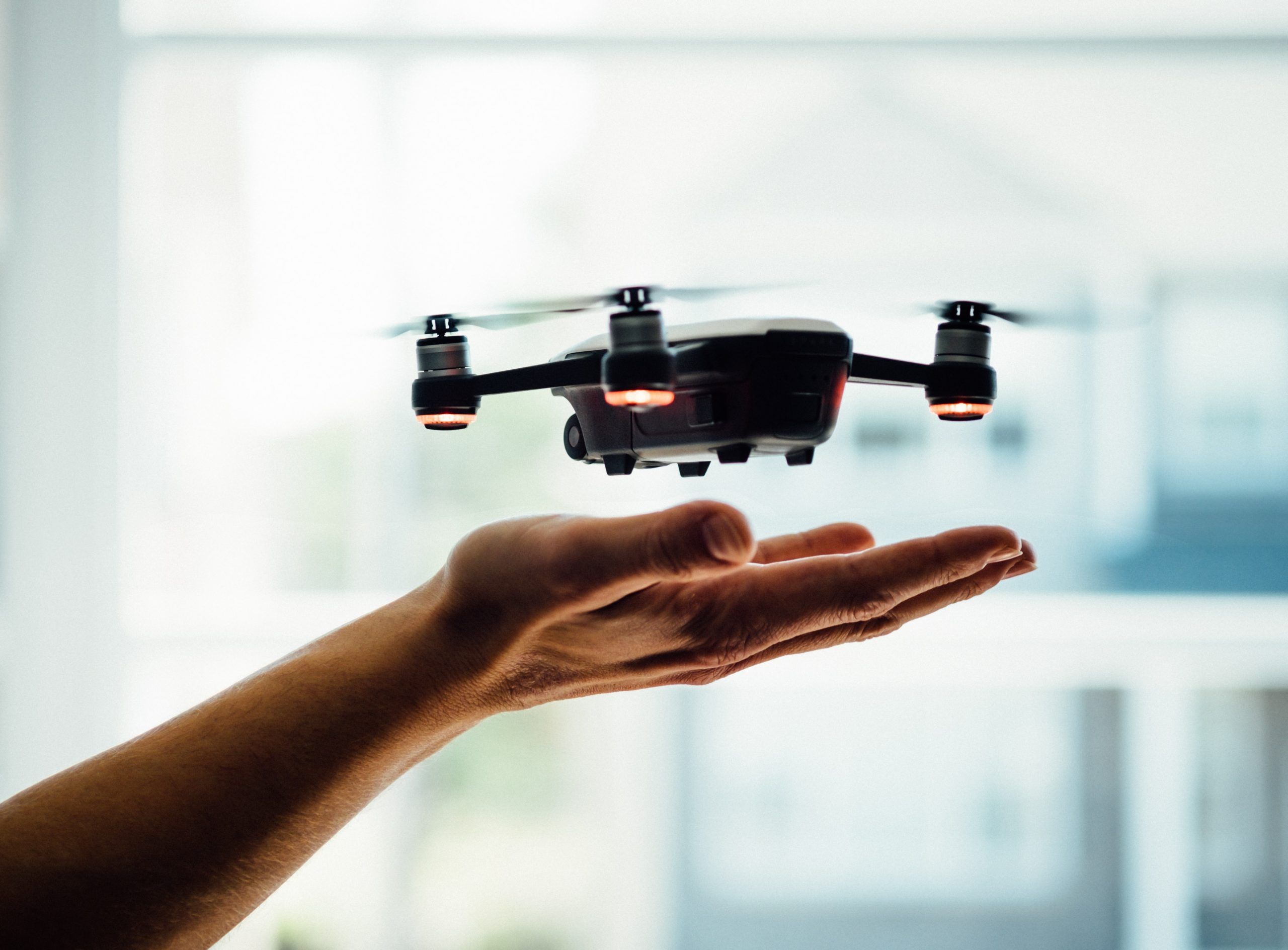 Photo by Dose Media on Unsplash

We have been fascinated with the idea of drones delivering packages at our doorstep ever since Amazon has started with it. Drones have greater capabilities and we still have not explored much with its usage.

Drones are already being used in the warehouse for locating and tracking inventory. It is much easier quicker and it can reach any nook and corner easily, and a drone can be easily integrated with your computer and warehouse management system. Hence, making it an effective technology for tracking inventory and also lifting lightweight products for easy picking and packing.

Drones are autonomous and customizable, and with the cameras and RFID, it can easily scan the products, do inventory checks, tracking, and mapping inventory.

Benefits of Using Robot in Warehouse

“To be or not to be” is a challenge faced for the usage of Artificial Intelligence (AI) in the manufacturing industry. The overall implication of AI taking over the manual power is all the more bothersome to many but the recent statistics of intelligent automation capabilities are head-turning, and therefore, just cannot be ignored.

“85% usage of intelligent automation will be seen in Supply Chain Management by 2021.” As per IBM report

“Partnership between Humans and AI together will help in improving customer experience and smoothen the business processes in all industries.”

Robots can take over the work that is dangerous or time-consuming and thereby help the warehouse workers to stay safe while performing the work in coordination with the robots.

Robots also help in saving time and effort of the workers spent in manual scanning, picking and packing and inventory counting. Also, it can be very strenuous activity for the warehouse workers to keep on moving one rack to the other to fetch the items ordered by customers. But Autonomous mobile robots can remove such physical tasks out of the workers’ lives and overall help them focus more on other order fulfillment tasks that require human intervention.

Artificial Intelligence helps in reducing human error and improves the customer experience which is the key to success for any business.

Since robots are customizable and programmed for a specific purpose there are nil chances of it working incorrectly. Robots are not prone to human errors and thus it eliminates any chances of wasting time and effort in redoing an incorrect task.

Accuracy in tasks like product scanning, picking, storing and transporting the products affects the overall performance of the warehouse in a positive manner. Warehouse Robots work with precision and automates the most mundane and laborious tasks, hence, saving time as well.

“As per U.S. Census Bureau data, an average warehouse worker spends almost seven weeks per year in unnecessary motion within the warehouse. The costs of such futile activity cost more than $ 4.3 billion to the industry in annual revenue.”

Also, Robots perform dangerous tasks efficiently in the warehouse, it results in reduced costs spent on worker’s compensation for safety issues. There are fewer chances of workers getting injured since robots are performing the tasks instead.

The number of workers required in the warehouse also decreases as robots can fulfill most of the tasks with accuracy and thereby, creating less wastage as well in the warehouse, this also leads to cost-saving.

One of the foremost usages of a robotic arm was to move the materials from one place to the other almost 12 feet away. But with the advancement in technology, the robotic arm has now been developed into an autonomous mobile robot that can travel far and wide in the warehouse and pick items automatically.

Some of the well-known companies like IAM Robotics, 6 RiverSystems, GreyOrange have introduced their powerful mobile robotic picking solutions in the market. This adds up to the efficiency of the warehouse with limited human resources.

These machines are programmed to travel the established routes and they typically carry carts in which the products can be stored and transported to the workers.

Hope the above points have helped you in understanding how robots are changing the world of supply chain within warehouses. This is just scratching the surface, robots will prove to be much more useful and advanced as the technology advances. It is time to move on with this modern technological world. 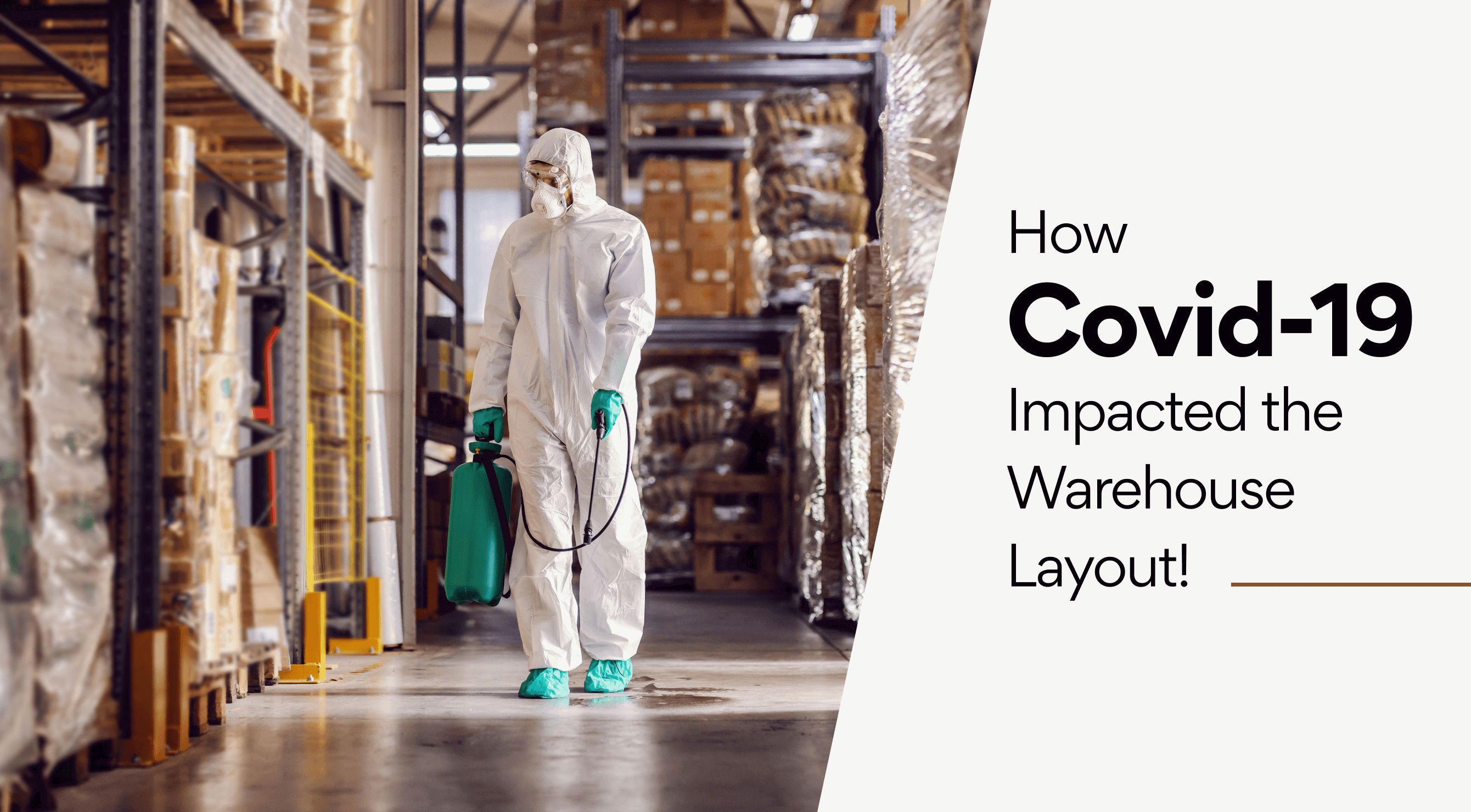 How Covid-19 Impacted the Warehouse Layout

You can't do warehouse work from home, and it's an essential part of a nation's supply chain. So, the warehouse workers are likely to experience COVID-19 restrictions in the workpl.. 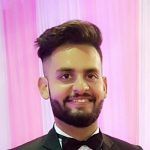 6 Must-haves In A Warehouse Management Software

While selecting the right warehouse management software for your small/medium business, it is essential to first understand your warehouse needs, and whether an integrated warehous.. 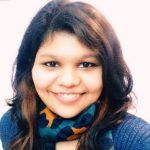