What is an Inventory Cycle Count? 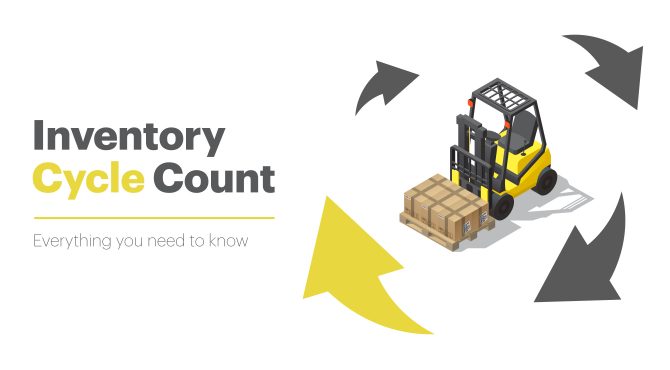 Cycle counting is one of the most crucial aspects of inventory management in any organization, especially in recent times. I have seen a lot of budding businesses struggle with finances due to mismanaged inventories, and it all starts with improper record keeping. Either they completely overlook the need for counting stocks, or they don’t use the correct methods. In this article, I am going to cover the entire cycle count process, and it’s technicalities in detail. So hang on to explore and learn how to manage your inventory audits accurately.

The Effects Of Scaling Up On The Inventory Management

Every organization undergoes multiple changes with the increase in its size. Usually, smaller firms have small inventories, and managing them isn’t a problem. It is done by typical visual inspection. But, as the operations scale up, the company starts to stock raw materials and consumables to meet business requirements and increase profitability. The problem arises when they lose track of what they have in stock and whether the value of their inventory is optimal or not. In the absence of inventory audits, they end up denting their profitability. This is because they cannot make crucial decisions like EOQ (Economic Order Quantity), make inappropriate purchases, suffer a shortage of warehouse space, and derail the manufacturing process.

The reason behind these problems is the increase in the types of raw materials and consumables required. Also, scaling up will result in an increased need for real estate for storage purposes. The employees will access the storage facility more often, resulting in higher chances of inventory shrinkage. Failing to provide raw materials due to miscalculations lead to stalling of production lines or hasty purchases. Thus, the increased volume of stocked items has direct financial implications on the business.

Hence, the need for tracking the components in both pre-production and post-production stages arises. To meet this requirement, many systematic approaches were developed. I am going to list them down for your ready reference. You can later analyze and pick up the right one for your firm.

What Is Cycle Count

Cycle count is a subtype of a perpetual inventory management method. It is used for auditing purposes. Apart from internal processes, these audits are also required for financial accounting or taxation compliance purposes. In cycle count, a limited portion of the total inventory is counted at a time to constitute the figures for the entire stock. As a sampling technique, it utilizes data from a small portion to quantify the bigger picture. This technique is also used for estimating the general perception of the public during the elections.

What is cycle counting in inventory management?

Cycle counting is a process of checking and balancing so that the companies confirm the physical counts that match the inventory records.

In the next portion of the blog, we will understand various techniques used in the industry.

There are many ways in which you can count the piled stocks in your warehouses. All of them differ on the basis of which portion of the inventory is considered for audit. Learn more about these approaches below:

This is one of the simplest forms of cycle count as it relies on counting the frequently used items. The items are sorted as per the frequency of workers accessing them. The storage racks are arranged accordingly, and hence, you don’t need to assign dedicated staff-hours. The priority is allocated to high consumption items, and the complexity is relatively negligible. However, it does not differentiate the cost of the stored components. It also overlooks the impact of any miscalculation on the production process or financial losses. These factors make it suitable only for low value, comprehensive inventory carrying firms.

In this method, the warehouse is divided into smaller areas for audit purposes. All shelves and racks are distributed as a part of these areas. The employee who is counting has to work only in the portion allocated to them. Hence, at the end of the exercise, the company can update the records with the exact location of the stored articles. It also helps in retrieval and fighting any discrepancies as the patterns for any particular area/material are identified quickly.

Ever wondered how SOPs are formed? They are built with the help of seasoned workers, engineers, and tech experts who replicate, study, and deduce results on a particular activity. To define the standard operating procedure (SOP) for cycle count, a control group is set. The personnel will count the items in this group of articles several times within a short period. This is done to identify the best procedure to audit that particular type of thing and devise an SOP accordingly. It also helps in identifying any errors in the process, which would later lead to more significant problems. The documentation also serves as reference material for future resources and improvisation.

In plants with a high number of similar items, the staff chooses items on a random basis. The counting is done regularly f0r a particular group of components. This is one of the most convenient methods as, despite the entire inventory being covered, other activities aren’t affected due to planning. The rest of the operations are carried out in normalcy. To carry out this process, the items are distributed with the help of the following two approaches:

Vilfredo Pareto was an eminent Italian economist who introduced the 80/20 rule, better known as Pareto’s Rule. His studies regarding the ownership of land in the city of Paris revealed that the top 20% of the people owned 80% of the area. The rest of the 80% public was limited to only 20% of the land. This observation in other cities also reflected the same results. 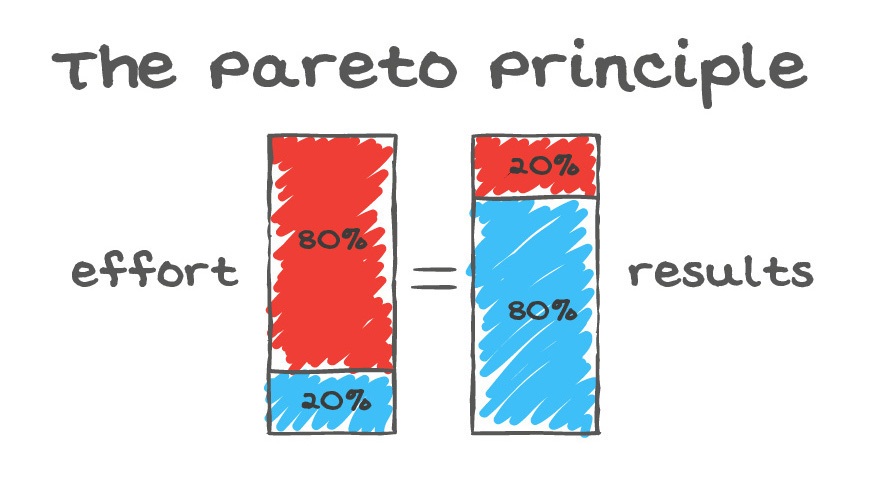 The company classifies its raw materials, consumables, and finished goods in this fashion. Usually, this is done as per the sales forecasting or even product vise analysis. Most of the businesses use ABC analysis along with other techniques to create tailored procedures for their organization.

Success depends on previous preparation, and without such preparation there is sure to be failure. –Confucius

As mentioned above, hybrid methods are formed by clubbing ABC analysis with various other parameters. This includes focus on vital parts, vulnerability to the production line, reorder costs, EOQ, sales, hazards, and other relevant factors. This approach varies from company to company and is usually a tailored procedure.

Before we move forward, let’s understand the cycle count inventory definition. Cycle count is a listing inventory audit process where you follow a defined and repeated sequence of checking on a subset of inventory.

We have understood the techniques used for cycle count, and if you want to implement an enhanced version or change the existing one, I am listing down the quick steps below.

These steps are designed to act as a general guideline, and readers are free to modify them to serve their interests best. They are as follows:

Like any other business process, the cycle count is intended to enhance profitability and prevent the discrepancies from occurring. Cycle inventory is the most important part of the whole inventory.

Also, we might be thinking about what is cycle inventory in the supply chain? So that answer is simple to understand – cycle inventory is the part of the inventory that any seller cycles through to fulfill regular sales orders.

To refine the process, follow these best practices for streamlining it with other functions of the organization.

The Role Of Computerized Solutions In Modern Times

All of the procedures mentioned above and industry best practices will provide fair results only if implemented through automation tools. Gone are the days when noting things on paper and transferring the data to excel templates. In today’s world, businesses strive to achieve higher inventory turnover ratios. Failing to compile accurate data will result in either overselling or underselling. Many businesses struggle with listing products that they cannot fulfill or fail to list available ones.

What is inventory cycle time?

The inventory cycle count is the total time that is taken from the start to the finish of all types of manufacturing activities.

What does cycle count mean in inventory management?

Cycle count in inventory management is a small portion of the inventory on a particular day without doing the whole manual stocktake.

Don’t treat inventory cycle counts as an independent function. If you want to explore optimization, include as many verticals as possible.

With the help of digital solutions, companies can keep track of every single article. This is done with the help of product serialization, electronic identification systems, and even industrial robots. The main benefit of using such solutions is the real-time availability of the data and minimal shrinkage.

In this article, we had a look at most of the conceptual portions, along with their respective implementation strategies. This is a basic yet essential aspect of inventory management as it forms the basis for all computation and reporting. I hope that the readers will find this article on cycle counting actionable and share your views in the comments section.