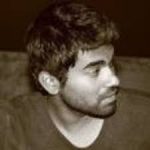 According to Nielsen Global Online Survey on Internet shopping habits across the globe, more than 85% of the world’s online population use the web to make a purchase, (40% increase in the past two years) and according to Pew Research Center who surveyed 2400 American adults, half of them made at least one purchase online. What makes it booming?

Social networking platforms is one of the advantage and has been linked with e-commerce for many years in fueling traffic. And, the integration of “buy” button was an inevitable progression, however Facebook and Twitter both are still struggling with this concept to make it a success for e-commerce industry. Following them, Pinterest (a web and mobile photo-sharing social networking site) is rumored to be working on a plan, to move a step ahead from “pinning” to “buying.”

Pinterest – a digital social networking platform that allow users to upload, sort, save and manage images (known as pins) including other media content (videos) through pinboards, is expected to launch a “buy” button, according to multiple sources.

Pinterest “Buy” button will allow users to purchase products without having to leave the company’s website or app. In February 2013, Reuters and ComScore stated that Pinterest had 48.7 million users globally. However, a study released in July 2013 by French social media agency Semiocast revealed the website had 70 million users worldwide. With it’s customer base increasing on  rapid basis, Pinterest users are already excited to see Pinterest’s transformation from a virtual board into a virtual mall.

A survey by Frank N. Magid Associates, Inc that was conducted to know which social networking site experience the maximum user-clicks on promoted post. Prompted pins resulted to have the most clicks, compared to promoted posts on Facebook and Twitter. 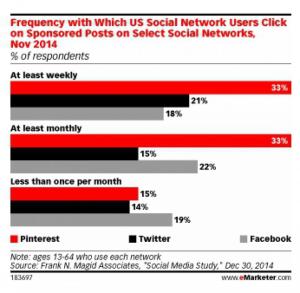 According to this, social media users between the age 13 and 64 (30% of respondents), 33% said they clicked on promoted content at least weekly, vs. just over one-fifth of social media users  who used Twitter and 18% of Facebookers. An additional 33% of Pinterest users clicked on sponsored posts at least monthly, vs. 15% who said the same for Twitter and 22% for Facebook.

Considering this fact, if Pinterest really comes up with a “Buy” button, will help ecommerce industry to increase sales. And, if it works, Pinterest will be considered to be the first social networking platform to allow transitions into a marketplace successfully.

While social networking websites are being used for brand awareness by many ecommerce merchants, Pinterest “Buy” button will act as a direct lead generator. This update will allow ecommerce marketers divert Pinterest users directly to their brand’s product page, where products can be shared and purchased on-the-fly, without having to leave their favorite social media website.

While Pinterest remains secretive about the “Buy” button launch, ecommerce merchants need to continue establishing the customer base and create a trust, no matter where the buy button is located.

All you need to know about Text Marketing

Day-by day the world of eCommerce is getting more competitive, hence as a retailer you need  to find a way to stand out from the crowd. What effective source can be used to attrac..

It may come as a surprise, that every year, American consumers spend about $4.5 billion celebrating March 17th — better known as St. Patrick’s Day. So whatsoever you are sel..

How beauty brands can engage audience by using social media?

With promotion being one of the important aspects of any business, today, sellers have multiple options for making their products and offers visible to customers. Gone are the day..