It became really difficult for the retailers to update either their customers or suppliers regarding their orders or replenishments respectively. Although emails were convinient enough, SMS’s were required for faster communication. This was the reason Orderhive came up with the new feature in Automation of “Sending SMS’s” to one or many people.

Sending SMS’s – How really would this help?

As mentioned above, the task of sending SMS’s to more than one supplier or customer became quite hectic for the retailers. If you are an Orderhive user, as automation has taken over most of the retailing operations, Orderhive has adopted the same ideology. When it comes to integrating third-party SMS software, Orderhive, by default provides two such applications that can offer you the bulk SMS facility. 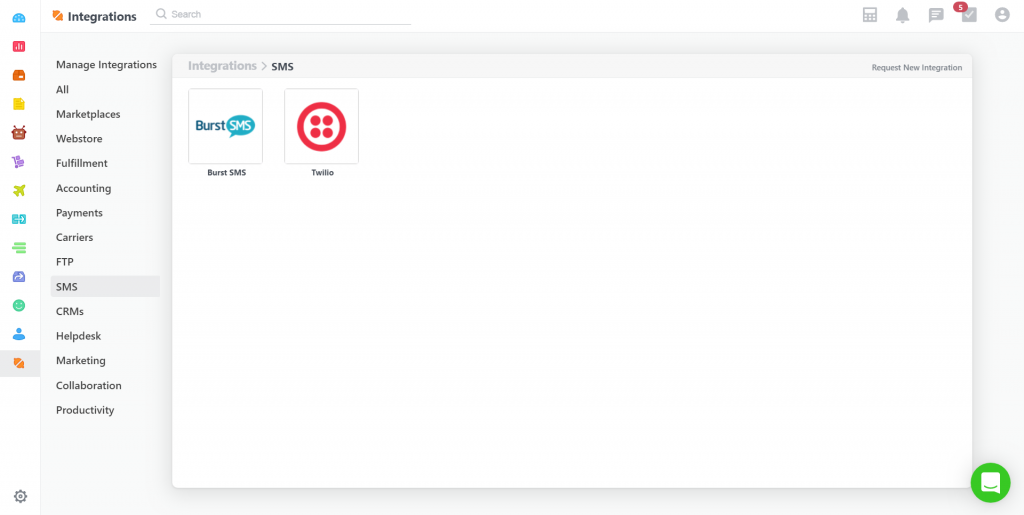 How to use this functionality?

1. Go to the “Automation” tab and start creating new automation.

2. Create simple automation as shown in the image below – 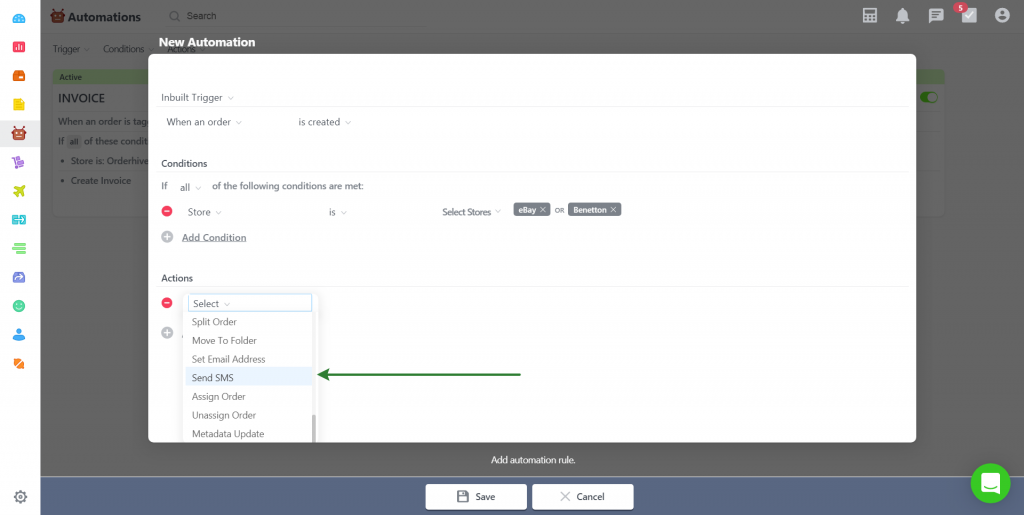 3. As soon as you click on “Send SMS”, a message will pop suggesting you add an SMS gateway, as shown in the image – 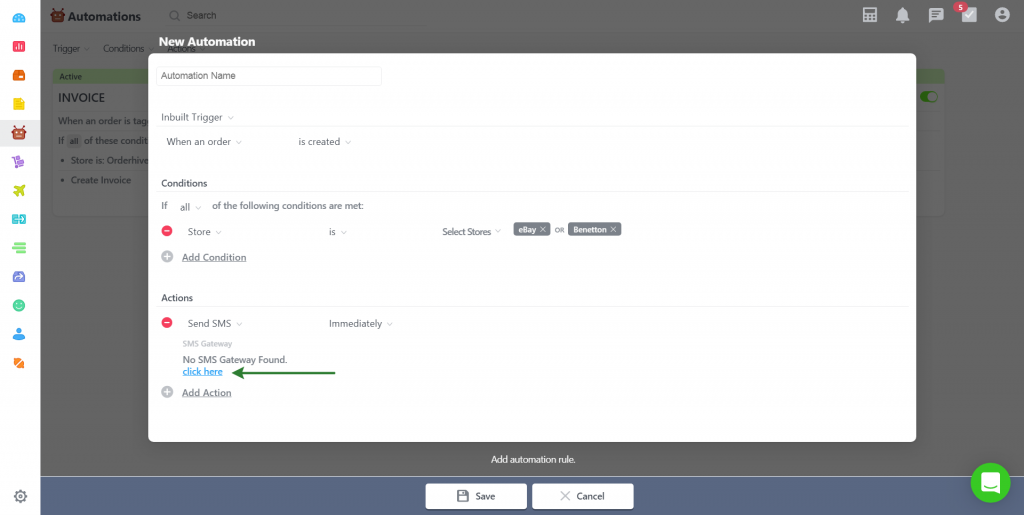 4. Click on “click here” and you will be redirected to the section of “Integrations” wherein you will find the applications that you can integrate with your Orderhive.

5. Once this is done, you will easily be able to send bulk SMS to the people of your choice.