All You Need To Know About Sea Shipments! 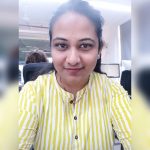 Are you curious about sea shipments? Then, you have landed on the right page!

The first-ever sea sailing ships were created by the Austronesian people from the southern part of China and Taiwan around 3000 to 1500 BC. The invention of crab claw sails and outriggers and catamarans allowed the ships to sail over long distances and that into the open ocean.

However, sea shipments began in a rustic way in 3000 BC when the ancient Egyptians learned to create a hull out of assembled wood planks. Once further routes like Spice Route, The Suez Canal Route, and other commercial routes between Asia and Europe were discovered there was no looking back!

Sea travel has become indispensable since then and modern technology has given a whole new meaning to the sea freight industry. So, what is sea freight you may ask?

Talking about Sea Freight then – it is a kind of method under which transportation of a large number of products is done using cargo ships. All the goods first get packed into the containers and then get loaded onto the vessel. After that, the product will be sailed to the set destination.

“Sea freight is an affordable medium for transporting large quantities over larger distances.”

Most of the cargo that is delivered to the world is getting transported by the sea. The cargo vessels consist of some of the best technical features that make it capable of carrying petroleum products, chemical industry products, crude oil, raw materials, and the list is long.

“A kind of cargo ship has the full capacity to carry approximately 18,000 containers.”

Let’s deep dive into the process of sea shipment -

Specialists from reputed companies can help you in the whole shipping process. They will arrange the sea freight and can move the goods from the supplier performing all the legalities with full security. It is good to have an experienced shipping agent for handling the complex import and custom processes. A single mistake in this process can cost you high. Hiring a shipping agent will make sure everything gets performed smoothly.

The hierarchy of sea shipment process –

For 40 years, there have been awesome enhancements in the categories and sizes of vessels that shippers can get. If you are a newbie in the shipping management industry or sea shipping then it will be a little difficult for you to pick the best cargo vessels matching your companies’ needs. It’s better to first understand everything and then make a decision. 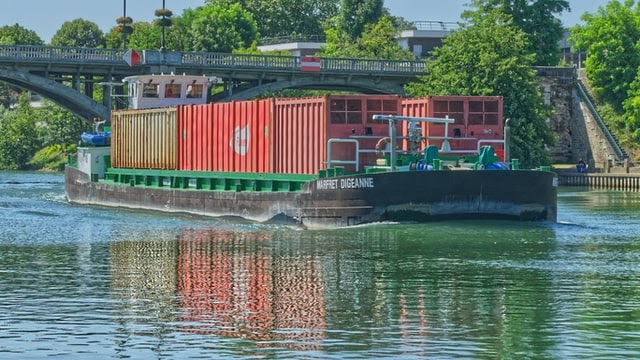 A container vessel is the most used mode of transport for carrying manufacturing goods all around the globe. Containers are used for accommodating many things like any kind of food item, manufacturing products, electrical equipment, automobiles, and more such. Also, they are used for transporting liquids, refrigerated cargo, bagged and palletized goods, etc. The container can get transferred via truck, ship, train without much effort, and is typically a standard size for simplifying the whole transportation work. 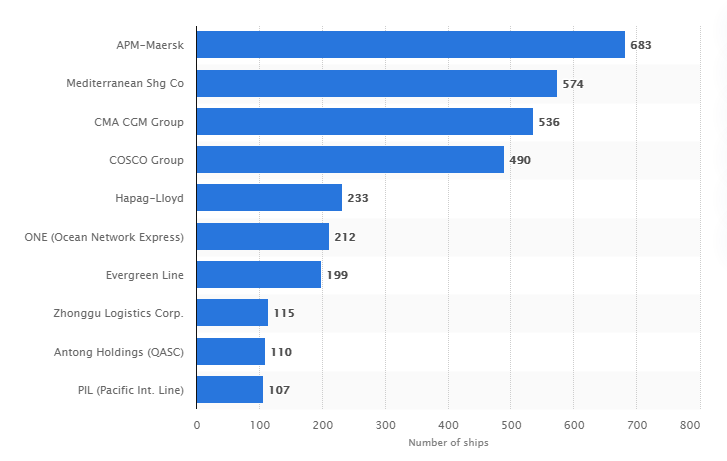 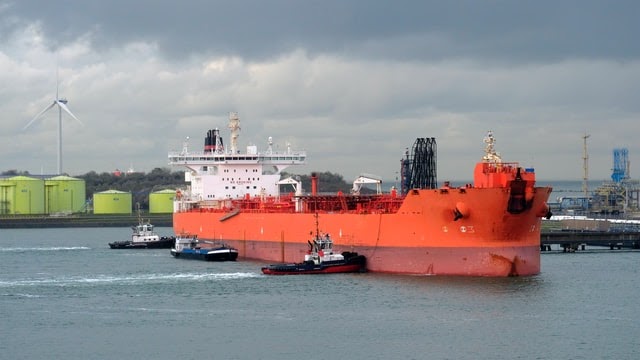 Oil tankers are a kind of special ships that are used for transporting raw oil. They are also known by the name of petroleum tanker. Oil tankers have two types i.e. crude and product tankers. The crude tanker is used for moving the unrefined crude oil from point of extraction to the refineries. On the other hand, product tankers are such kinds of tankers that are engaged in the trading of oil except for crude oil. It has some of the unique features like structural resistance, a pumping system for the need of loading and unloading the fuel, and more such. The capacity of oil tankers is to hold around 2 million barrels of oil. 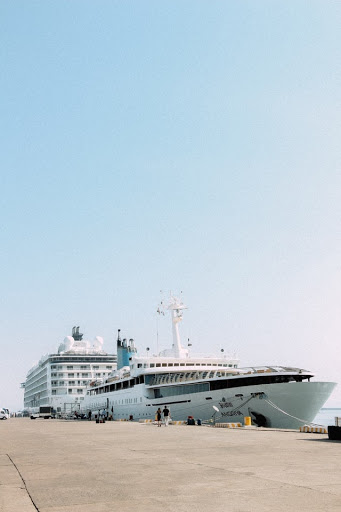 If you are looking to transport solid bulk loading then Bulk Carriers is the best choice to make. Having spoon-shaped cranes, bulk carriers can be used for loading and unloading. With the right vessel design, it is a perfect choice for carrying dry cargo. The list of things that it can load covers, fertilizer, sugar, coal, and more such. Different vessels come with different designs for fulfilling the requirements of shipping.

Things to keep in mind while choosing bulk carriers 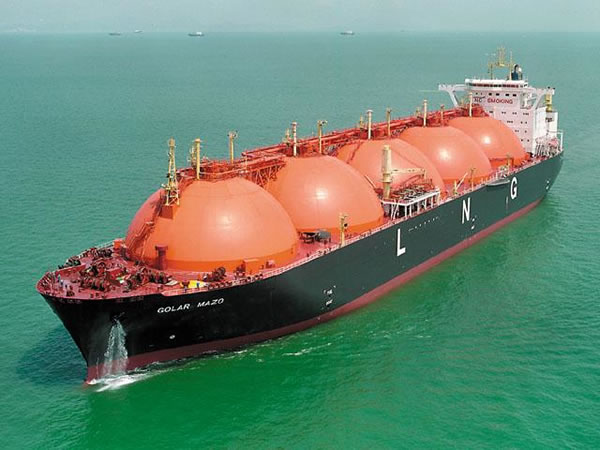 Gas carriers are designed dedicatedly for transporting liquified natural gases and liquified petroleum gases to their given destination point. The role of LNG and LPG is different from each other as LNG is specifically used in all types of housing liquid natural gases. On the other hand, LPG is more suitable for petroleum gas. At the temperature of 170 degrees celsius, LNG can carry the gas and 50-degree celsius by LPG. The shape of gas carriers is of a plain surface, cylindrical, or even spherical for carrying the gas. 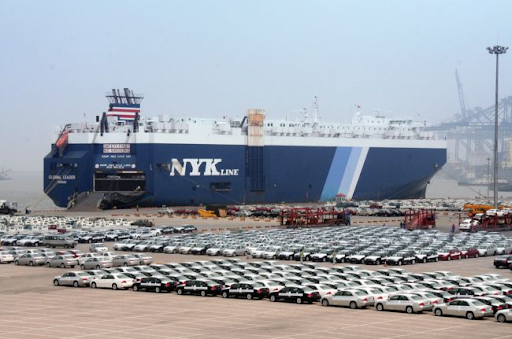 Ro-Ro ships are also known as roll-off ships that are specially designed for carrying the wheeled cargo. The types of wheeled cargo covers – trucks, semi-trailer trucks, cars, railroad cars, and trailers that can drive on as well as off the ship. They run on their own wheels with the use of a platform vehicle like a self-propelled modular transporter. Ro-Ro ships can reach up to 20 knots when traveling across the sea.

Some of the highlighted benefits of Ro-Ro Ships

Having looked at various kinds of vessels and their advantages and capabilities, let’s now understand the two main options available for shipping the cargo.

Since sea freight is the most reliable means of transportation for large-volume goods more and more businesses and individuals would want to ship their cargo. However, it is not possible to have tons of goods from one single business or individual, and therefore, the industry came up with two main accepted norms for shipping the goods. 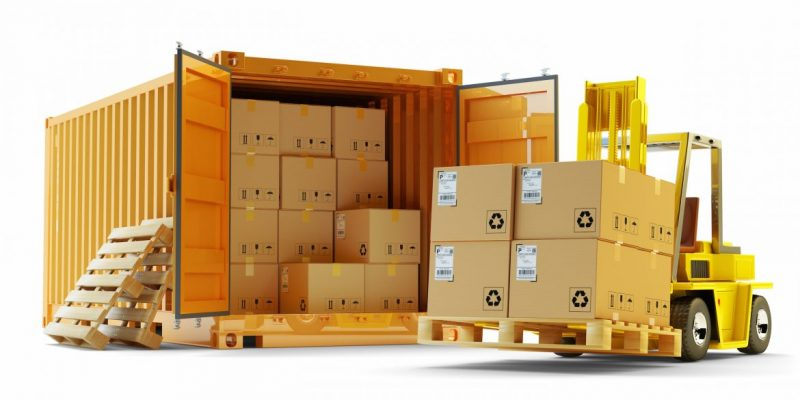 Less Than Container Load (LCL) shipping can be defined as the process of sharing the container space by exporters mutually after the package size is less than the maximum load any container can carry. It is highly beneficial for exporters and shipping companies. Using LCL, you can save the transport cost and follow an eco-friendly and responsible global shipping process.

“The other name for Less Than Container Load shipments is Groupage Shipments.” 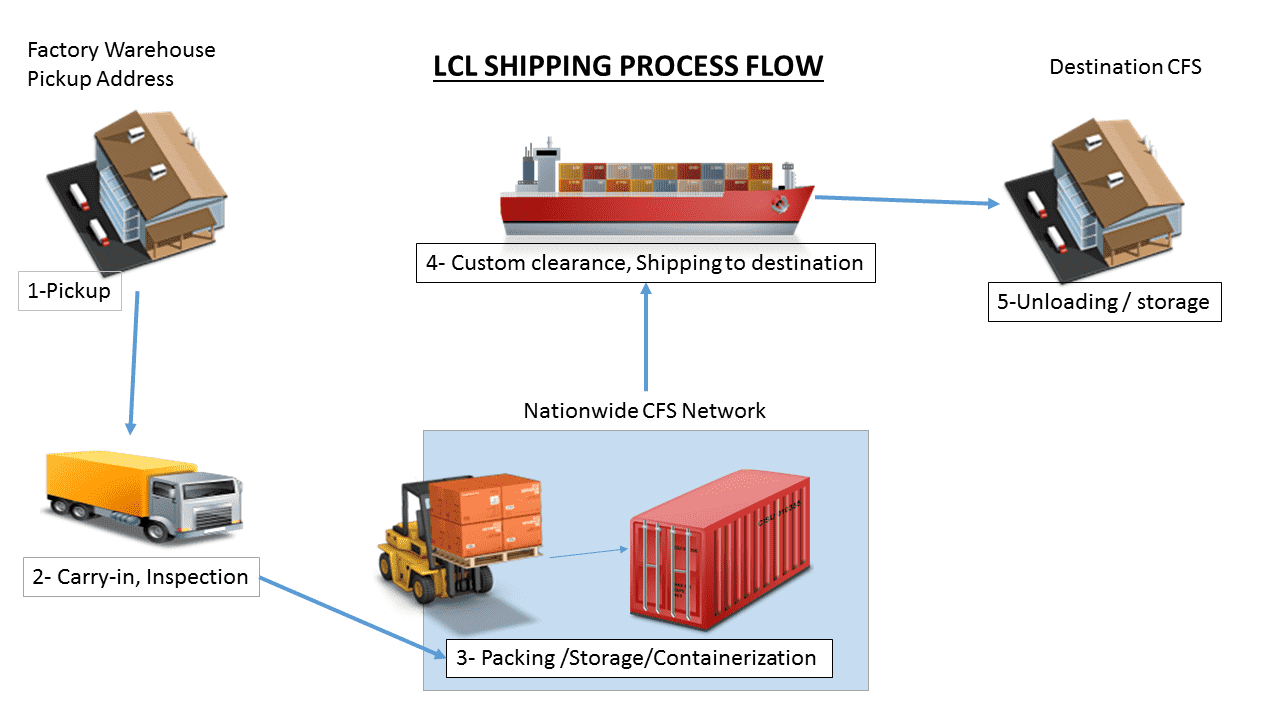 The major benefits of Less Than Container Load shipping 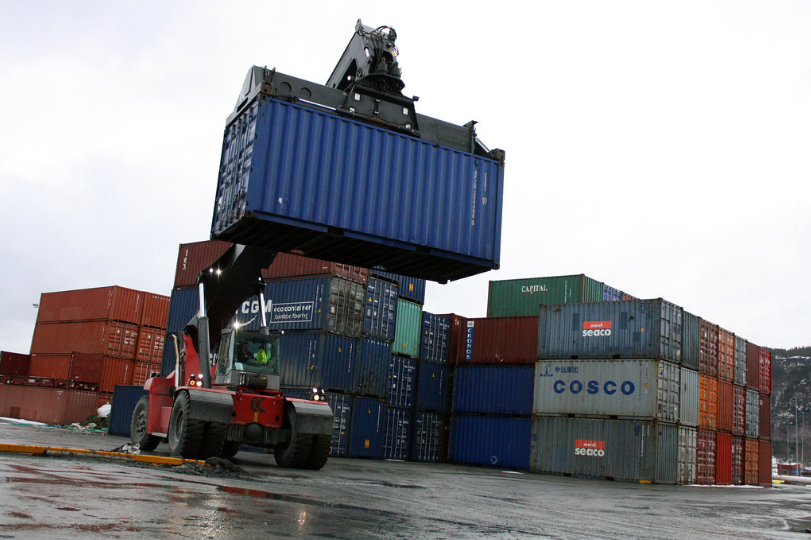 FCL is a kind of container which is used for the individual consignee. In the right shipping practice, Full Container Load supports a single container that is directly booked by the shipper for transporting the cargo. No need of sharing containers with cargo that is booked by different shippers. Obviously, all these will improve overall security and will simplify logistics.

“Full Container Load encourages sea shipping for cargo loads that are very big to fill around 20’ and 40’ shipping containers.”

Difference between LCL VS FCL

B2B (Business-to-Business) targets the order fulfilling among two business entities or retailers. It does not offer business directly to customers. That’s the reason that B2B orders always come in bulk that gets shipped through shipments and parcels in case of small orders. These kinds of services are beneficial to keep your stock full and easily function for months. So that you can resell those items instantly to your customers when they are in the need of it.

Business-to-Consumer (B2C) shipments directly deal with the consumers. Communicating directly with the customers converts the whole process much simpler. The motto of B2C shipments lies more in providing full satisfaction to customers and serves only quality services. B2C business focuses to offer the best-in-class customer experience and fast delivery process. The end goal is to make the end customer happy.

We have tried to cover every aspect of sea shipping in this blog. Starting from cargo vessels to B2B and B2C shipments, you will be able to get all the information on one single page. If you are dealing in the sea shipment industry then you might be searching for such kind of information or services.

To fulfill your sea shipping wants successfully, you need to first understand what is it and how to choose the best services? Sea shipment is the most affordable way to move products all around the world and suited to many business types. Choose one such top service and fulfill your requirement without facing disappointment.

Hoping this article will be a fruitful one for you! 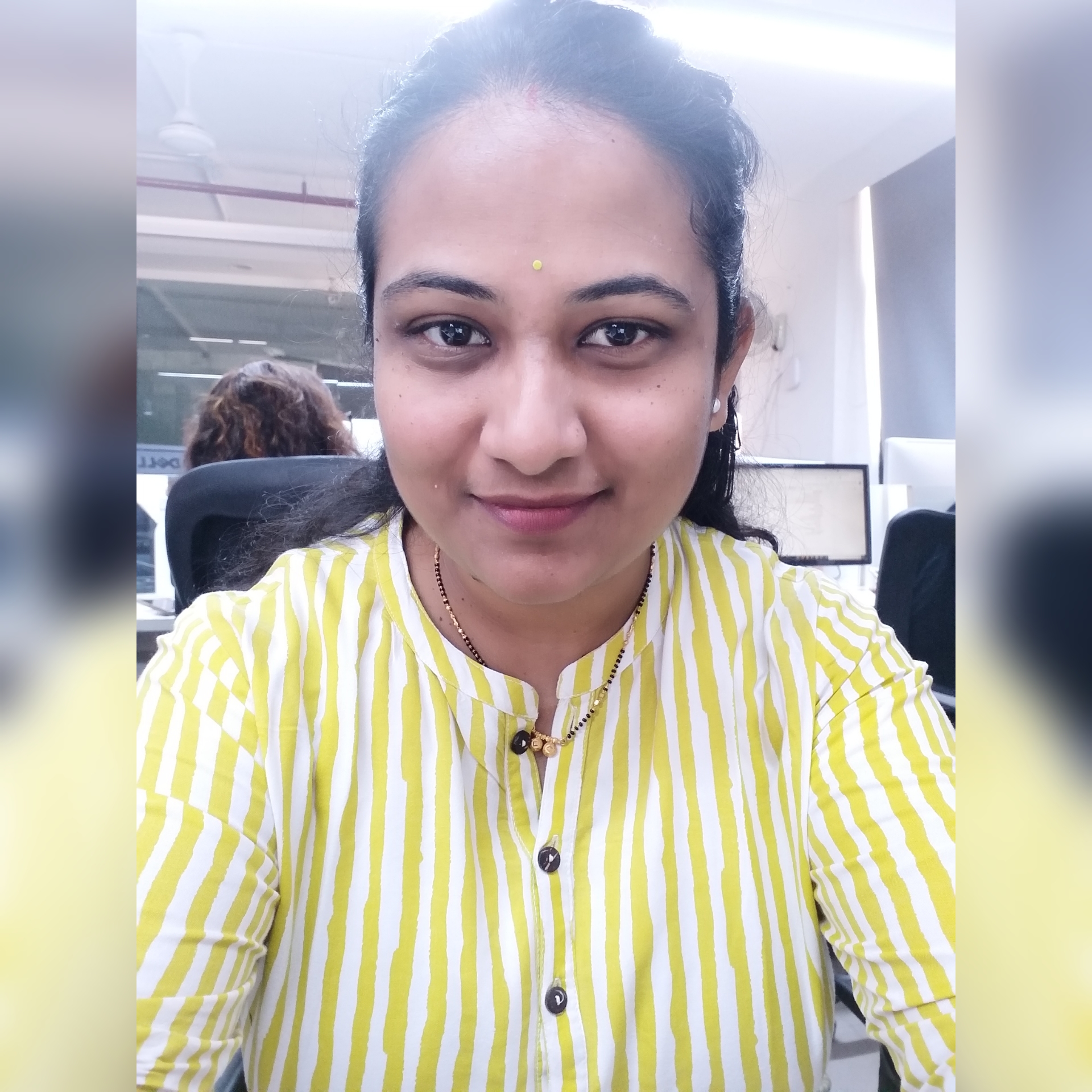 I believe that Writing is not a competition or fear. Writing is an art, a passion, a love. Applying these thoughts in my writing, I always put my strong efforts while writing on any topic. I love writing and technology is my favorite part. Food is my strength as well as weakness ;)